Why Listing a Home in March Works

In most real estate markets there is a sales curve that peaks in the summer months and bottoms out in the dead dark of winter. I believe that this cycle is as mental as it is anything else. People tend to be less active in the winter, especially in northern latitudes with cold and miserable weather. It is no surprise that e-commerce performs well in the winter and bricks and mortar retail does not with the notable exception of December holidays.


Our real estate market locally has a modest sales spike in the summer months of roughly 10% above the annual monthly average and about 10% under in the middle of winter. That represents a total swing of roughly 20%. In some markets where winter weather is truly brutal, I would imagine the spread is significantly greater and in sunny SoCal it is probably a flatter curve. The chart above shows this annual trend with a notable exception in 2010 where the fall off came early. The 2013 curve was a more dramatic seasonal curve than the statistical average I compiled since 2001.  The 2011 curve is very typical when compared to most of the years since 2001. The 2013 curve is more like one I would expect to see in severe winter climates like the upper Midwest.

I think the best way to wrap your arms around this is to break the home buyers into two very broad classes. Those highly motivated to buy with external pressure and those buying because they can. So the first group is motivated by things such as a job transfer, loss of job, a new baby on the way, divorce, etc. This is external pressure and that makes someone willing to trudge through a foot of snow in the cold misery of January to look at houses or deal with the inconvenience of listing at a time they would rather stay indoors and visit with family.

The latter category is someone with a new job with higher income and maybe they think, "Hey, we can finally afford that dream house on five acres". Or perhaps they are empty-nesters looking to downsize. These buyers and sellers are much more likely to list or start the buying process when it is convenient. They are less likely to brave the wild elements of January looking at houses.

Anther reason there is a spike in sales in the summer is that families with school age children prefer to move over summer vacation when the kids are out school. This is especially true if the children will be changing schools after the move.

In a real estate market like this one; the biggest driver has been lack of inventory in that under median price range. When inventory increases that will relieve some of the pressure and could stabilize prices. If a seller has a home that is a little less than ideal; this is the time to list. This market is driven right now by move in ready, clean condition, updated properties. If a listing is a little outside those ideal parameters, the best way to sell it is in a market with less competition. As more listings come on the market toward May, the house can lose value and or position against superior properties that become available. March is a great way to tap into the "spring fever" of home buying a little ahead of the market. This is the time to get that slightly out of favor listing in front of buyers before a wave of potentially more desirable properties arrive on the scene.

If a seller has that perfect updated, move in ready median priced listing, then sometimes waiting till April can be a smart move so as to tap the increase in buyers actively looking that occurs in mid to late spring. Of course one way to get it both ways is to list in March at a slightly high price, gauge activity, get feedback and either sell at a high price or build a strategy based on the feedback and activity in March and April to position the listing ideally for May and June.

March Madness is amazing for college basketball and can be equally so for real estate.
Posted by Rod Sager at 11:09 AM No comments:

How to Find a "Deal" in this Market.

Locally and in many markets across the country real estate values are perking up and multiple offers are becoming more common. This situation can make it difficult to find a property that is value priced. It seems that every sharp priced home is bid up. This 'auctionesque' environment can be exciting, but it rarely leads to getting a "deal".

Here in Clark County, Washington the market is healthy but there are still value properties floating around, one simply needs to know where to look. In our local market the properties that are selling quickly in general tend to be priced well for what they are, priced less than 110% of median and move in ready condition. Of course, in any market a well priced listing will generate offers. Locally there are many properties that need some TLC that are sitting in inventory without offers. Some of these represent solid values and with just a little effort can become nice homes. This is where I see an opportunity to pick up a value.

The consumer real estate market seems to be driven by buyers for less than median priced properties and move in ready condition. These homes that are clean, turn key properties are getting bid up out of the 'value' range.

Trying to buy a high demand  property in a low inventory environment leads to paying a premium price. Looking at low demand properties leads to finding a deal. If we break up single family residential properties into three broad categories of condition, heavy fixer, light fixer and showroom clean. It is the light fixer that is ideal for a consumer looking for a value opportunity. The heavy fixer is generally not financeable. Those properties are often bought by investors for all cash. The showroom ready homes are in demand and get bid up to the top of the market prices. Light fixers are often financeable; maybe not FHA or VA but certainly conventional loans and can be had for great prices.

When looking for a good deal; looking at low demand properties is usually where buyers will find a great value. Below there are two examples of homes that sold this year. Both are dated 1970s ranch houses and are absolutely solid comparables across the board except condition. Both are dated but one is a clean turn key move in ready with fresh paint and carpet the other a HUD owned as-is property that really only needed carpet and paint and the roof was near the end of its life. 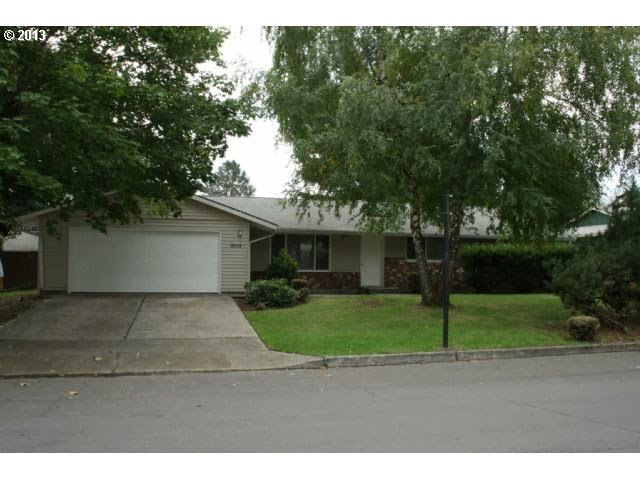 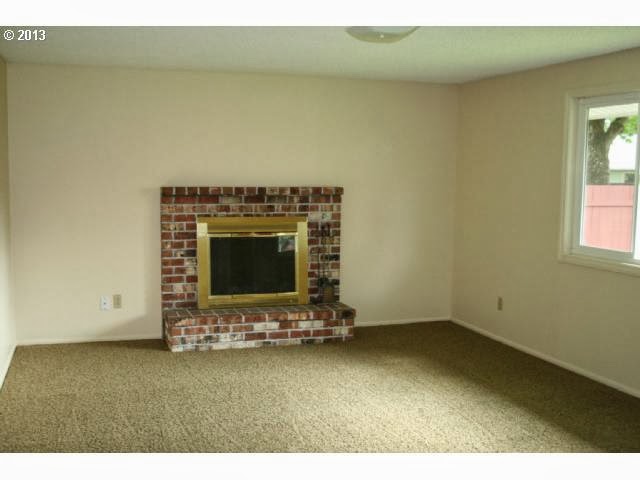 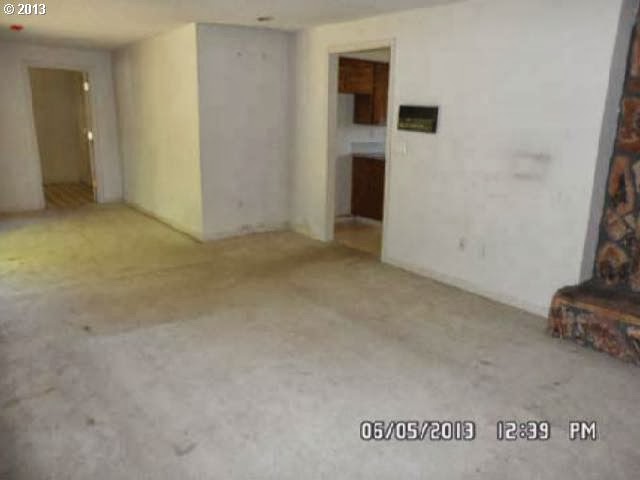 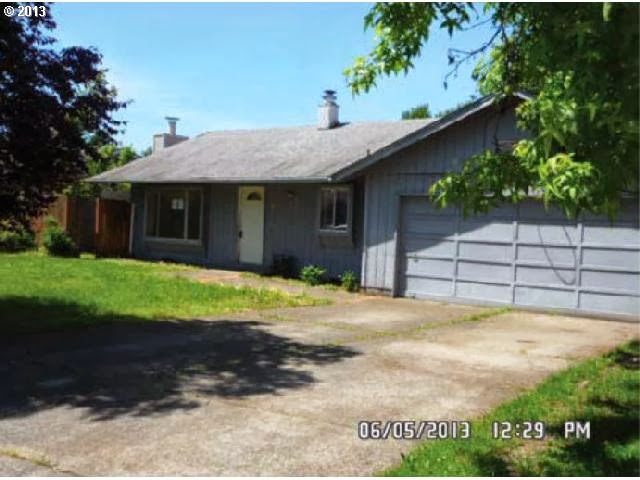 This home was on the market for several months. It needed TLC but was financed. It was listed at $137,000 sold for $140,000 with a seller credit for closing costs.

These two properties are very similar in age, style and very close together in the same general neighborhood. The difference was the condition, and what a difference that made. The $140k house could likely be brought up to par with the $175k house for less than half the difference in price. That represents a value of $15,000 to $20,000.

The market is being driven by people that want to move right in. Buyers that are willing to take a property that needs some work can find excellent values in bank owned properties or short sales in need of light repair. There are deals to be had for those willing to get their hands a little dirty.

January was a quiet month on the real estate front here in Clark County. Just 264 units were sold and that is well off the mark even for the darkest depths of winter. But before you jump out that window... worry not the market is not roaring, but it is healthy. December had robust sales based on solid pending sales six weeks earlier.

December had a variety of of issue that effected sales in January. First December is not a busy house hunting month for most people. We also had an arctic deep freeze that kept many people from wanting to go outside. The number of units that went pending in December was very low, thus the closings in January we also low. The silver lining in this wintry dark cloud is in the pending sales data for January. 398 units went pending and that is nearly double the 228 that went pending in December. This bodes well for the end of February and the month of March.

Another uptick came in listed units. We have had a tight inventory over the last several months, but 580 new listings came on in January. Now in general increasing the inventory can soften prices. When the inventory is prohibitively tight, an increase can actually spur sales. By know means do we want to see a flood of new inventory, but a nice steady padding will help provide spring buyers with enough choices to make a decision and 'pull the trigger'.

The good news for sellers is that listings are fetching well above 97% of list price on average. Price a house right and the market will deliver buyers. This is good news. I look forward to a robust spring.

Young people in the "Millennials" generation need to stop borrowing so much money for cars they can't afford and expensive vacations. These debts are keeping them from home ownership and ultimately may have a negative effect on their ability to generate wealth later on. The baby Boomers set a bad example or over extending themselves on credit and younger people would be wise not to follow them. Other economic factors that are in place now, make borrowing money on credit cards and other consumer debt far more dangerous than it was for the Boomers.

Prospect of Homeownership for Millennials

Under QM regulations that took effect in January, one of the underwriting criteria for a loan to be originated as a Qualified Mortgage is that the borrower must meet a monthly debt to income ratio (DTI) of no more than 43 percent [2]. The monthly debt payments include recurrent debt obligations such as student loans, auto loans, revolving debts, and any existing mortgages not paid off before getting a loan [3]. 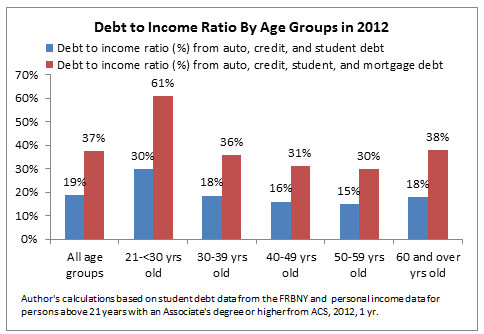 The chart below ("Right") shows NAR Research’s calculations of the debt to personal income ratio for student debt, auto, and credit card debt with mortgage debt (red ) and without (blue) across age groups based on household debt and income data in 2012 [4]. Using income data for persons with at least an Associate degree, all age groups will meet the 43% DTI except for the “21 to less than 30 year old” group. For this age group, the monthly student, auto and credit card debt payments are about 30 percent of income. Now, with mortgage payments for a starter price home of $149,425 in 2012 at 10% down payment and a 30-year fixed term [5], the debt to income ratio (red) increases to 61 percent.
Posted by Rod Sager at 12:36 PM No comments: