The Grand opening for the Vancouver Waterfront Phase One is tomorrow. This is a very exciting event for our community as well as for the real estate business. The waterfront is both the conclusion and beginning of Vancouver's urban renassaince. It is the conclusion in that the waterfront was the cap to the efforts begun back in the 1990s. It was the end goal with fixing up the core downtown area up and then busting through to the waterfront.

The waterfront however is also a beginning point. It is a long project that will take many years to build out and it is already and will continue to reshape the skyline of Vancouver into a recognizable cityscape. That leads to companies moving in, conventions and other large events coming to town rather than south of the border, and an overall boost to the local economy. 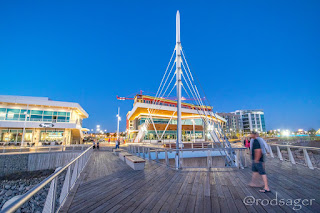 All of that bodes well for real estate be it commercial, industrial, or residential. The city leaders have decided to push urban density throughout the city and that is good for resale on suburban properties. There will continue to be demand for suburbia and with so much energy going into urban properties that demand will be met in the resale market.

It's all good in the neighborhood. 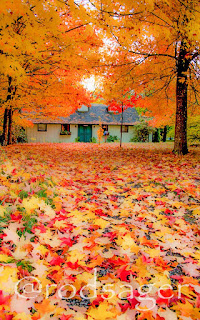 Autumn is here! Officially it starts tomorrow but hey pretty close, right? Those wonderful deciduous trees are just aching to drop a heaping mound of leaves all over your yard, roof, car, and lawn. Although autumn can provide a warm backdrop for you property it is wise to make sure you keep the leaves off the walkways to avoid slipping by you or the people thinking about buying your house.


Autumn is truly magnificent but homeowners need to keep those leaves out of the gutters and off the walkways. Even if you are not selling your home the plugged gutters can lead to damage on the roof, siding, gutters, and even the foundation as the ambulatory nature of water can lead to moisture in places you may not expect.

For home buyers, the fall can be an opportunity to take advantage of sellers that failed to sell in the summer and are ready to look at offers that may be a little less than asking. For sellers bringing a new listing to market, there may be a few less buyers in play but their is generally a lot less listings relative to summertime.

As we approach the holidays, both buyers and sellers tend to be serious about making a deal. Otherwise why would they bother during the hustle and bustle of the holidays?

Local market trends still remain flat. New listings are outpacing new buyers but not at a rate that will quickly turn the market from sellers to buyers favor. In fact I'd say there is still a slight leaning in favor of sellers across most local segments. I like these neutral to near neutral markets. Everyone really has to put their best foot forward on both sides of the transaction and that tends to favor all parties.

Enjoy the very last day of summer and get ready to watch nature's living fireworks. Autumn is on deck.
Posted by Rod Sager at 8:30 AM No comments:

Millennials want in but pricing pushing them out

The younger crowd is energetic about moving into the "city" but high pricing is pushing them towards the peripheral areas. It is a classic real estate scenario that has played out time and again. How far is one willing to commute to get a nice place they can own or even rent at an affordable price?

Portland and Vancouver have become expensive with rising rents and the gentrification of older areas once run down lead to some younger people seeking the urban lifestyle in a more affordable locale. Some people on the north side of the Columbia are being pushed all the way into Cowlitz County to find a place they can call home without being married to the landlord so to speak.

Generally, real estate prices in areas where there is good employment, high paying jobs, and lots of infrastructure are expensive and areas with less opportunity are more reasonable. This is not an absolute of course, but it does hold true most of the time.

Down in the San Francisco Bay Area before the big market crash in 2008, it was not uncommon for people to buy a house in California's Central Valley in cities like Lodi, Stockton, and Manteca and then commute into the Bay Area some 100 miles away. This of of course is a terrible drag on ones lifestyle.

Here in the Metro Portland-Vancouver area we haven't seen that kind of crazy. In fact people around here tend to think 20 miles out is the Moon. But more and more people seeking a house with a little elbow room are finding themselves a bit further and further away from the core city. Places like Longview and Kelso up in Cowlitz County have had depressed pricing for a long time, but they are starting to see a surge in activity as people seeking to own, move further North form Portland and Vancouver.

Millennials meanwhile are biting hard on the urban apartments going up in Downtown Vancouver, Vancouver Waterfront, Portland's Pearl District and other areas with urban gentrification happening. Hipsters have gobbled up all the classic 1920s houses in Portland and Vancouver pushing values out of reach for many.

If our city leaders do a good job and attract high paying employers to our clearly desirable area, we can all benefit from this surge. Keep that in mind when you vote for City Council and County Commission positions.
Posted by Rod Sager at 8:30 AM No comments:

Our market continues to see new inventory and this is softening the seller's advantage across a variety of price ranges. Even the median price range is offering a larger selection for buyers. Locally it is only the sub-median that remains a strong sellers market, but I am seeing some resistance to high prices even in that tight market.

Pressure in the Vancouver market is still largely external. Portland, OR is still a bit tighter on inventory and is seeing price pressure upwards albeit at a slower pace. Many would be Portland buyers are looking at Vancouver as a nearby alternative. Vancouver has a variety of neighborhood styles, many that resemble popular Portland neighborhoods.

Clark County also offers up a bit of suburbia as well as a bit of country living which is all but Absent in Multnomah County.

The external market forces are keeping Vancouver and Clark County on a modest pathway in median home price appreciation but things are relatively flat compared to the steep spike of a the last few years.

Many projections are flying about from the usual suspects about growth in pricing locally and many have revised things to a much more sustainable 3%-4% for the next year. Clark County continues to add new construction units in both the rental and sales inventory. Vancouver is adding thousands of units across the entire rental spectrum from luxury riverfront apartment properties at $5000 a month to more modest properties with income restrictions in the sub-$1000 range.

Some analysts are a bit concerned about the Millennial age group as that demographic seems more likely to prefer renting than owning and that is a new twist in America's age old "dream." This coupled with increasing inventory could soften the market even more for 2019 possibly throwing us into a full neutral sales condition in the first half of next year.