Buyers considering an urban high rise condo with a "view" should read this article published earlier this week.

This article was originally posted on Urban Living in the 'Couv' by Rod Sager, February 18th, 2019

Buyers of urban style high-rise condos should be very aware of local plans and proposed new projects as they can often have a temporary or permanent effect on the quality of life for existing residents in existing developments.

Urban living is not just about an 11th floor condo overlooking the city, river, mountains, etc. It is also very much about the lifestyle. Living in the thick of things with easy walking access to a large list of venues for food, entertainment, and events.

For many a view is important and having that view last more than just a few months or years could be an important issue for many potential homeowners. New high-rise projects almost always cause some disruption to nearby residents and businesses as the tower cranes and work crews sometime cause detours and street closures along with a little dust and noise. This is temporary and many times the new project is a great improvement over the last use for the land either a vacant lot or under developed run down structure.

But there are times when the new building is tall enough to block the view of other nearby developments. Sometimes people sell their units in these "doomed" view buildings and they may not necessarily point out that the new structure proposed and approved by the city for construction will have a negative effect. This of course is a permanent problem as opposed to the temporary inconvenience of construction.

Right here in Vancouver USA we have a rather robust flurry of building activity in both the Downtown and Waterfront areas. Two projects are in place to cause some permanent view obstructions to a series of units in Vancouver Center, Heritage Place, and Smith Tower.

Parkview Tower in Vancouver Center is a bold example of this 'price of progress' problem. Parkview is aptly named considering half the units in the building actually face Esther Short Park. Esther Short Park is recorded on the National Register of Historic Places and thus will not be leveled to make way for any large high-rise projects in the future. Units facing the park will always enjoy the views over the park. But the units on the opposite side of the building currently have a more "urban" view looking across a small courtyard into the windows of the Vancouver Center 3 Office/Condo Tower which is much taller than Parkview. Some of those units that are close to the ends have views either to the northeast or southeast looking over vacant lots.

Those looking to the southeast will lose these views by the end of this year as the long-awaited Vancouver Center Tower 4 is slated to break ground next month. That tower will be as tall or taller than Parkview Tower, thus eliminating the current view of the South Main District and peek-a-boo Columbia River views.

Later on next year the superstructure of the new 11 story tower on the 'Block Ten' lot will eliminate the northeast views for Parkview. Many people, even Realtors® can't seem to wrap their heads around why the units facing west over the park are priced so much higher. It's the view! And the view is forever versus the views in east facing units that are in effect doomed.

Buyers need to be aware of projects that are in the pipeline and how they might affect the view of a home they are considering. Even if a view is unimportant to the buyer, the future obstruction could have a negative impact on property values.

At Parkview the interior east facing units are not likely to be affected by these projects because they already look out into the side of a building. These views are already obstructed and have been for many years. These units also are priced lower as a result. It's the east facing corner units that have a view now but will soon have a view similar to the interior units. Realtors® list these units and show the "views" but often fail to mention that these views are not likely to persist. They may not be aware that these new projects are even in play.


Buyers, be careful and do not be afraid to ask direct questions to your real estate agent about the likely hood of the views being obstructed. No one knows for sure what may or may not happen in the future, but in this case we have a building going up this year that will affect views and another that is very likely to go up shortly after that affecting other views.
Posted by Rod Sager at 8:30 AM No comments:

Multiple Offers are not Gone...

Well the old rule that a well priced house will get offers in any market holds true. Conditions have moved into neutral territory but a nice little 1400 foot ranch style came up a few days ago and got four competing offers within a day or two. This house is situated right in the thick of the hot spot in the market at around 300k. Clean and tidy, doesn't need a lot of work, move right in. These are the properties that are selling, these are the types that still get multiple offers.

Although buyers in general are taking their time, these types of move in ready sub-median homes are hard to find, and when a nice one pops on the MLS the Realtors® swarm about. Buyers looking for a "deal" will need to look at properties with some special needs. Light fixers are not getting snatched up lie they were at this time last year.

Sellers are wise to spend a few pre-sale dollars to spiff up the house before listing it. Fresh paint and a minimalist look inside will go a long ways in this market. Sellers however ought to be careful not to overspend or over improve their home. One should never be too much better than the rest of the homes in the neighborhood. That is sound advice in any market.

The market continues to favor one level homes or master on the main and tidy homes with a bright look and feel as well as tidy and well kept. These are the properties do the best.

Although most listings are likely to sit around for a few weeks, properties that hit the "spot". Clean, well kept, light and bright, open and minimalist decor, under the median will go quick.
Posted by Rod Sager at 8:30 AM No comments:

I have several buying clients across a variety of house types and price ranges and things are a bit tight out there. There hasn't been a whole lot of inventory this winter which is a bit normal, but buyers are out there looking and I'm waiting for an early spring listing session.

We have some winter weather however and that may just leave us a bit thin for the next few weeks. Buyer should be ready for some slim picking in the sub $400k range. Above $400 things are bit better but even for that middle range the number of available listings is below what I'd expect, even for mid winter.

Sellers, if you are willing to list in the snow, now could be a great time to get out in front of the spring market by exposing your home to the frustrated but ready to buy crowd currently looking for homes. Spring is right around the corner and early birds may in fact get the worm! 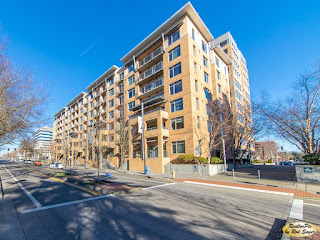 Urban condos have some unique qualities that can make one identical unit in the same building have a broad range of price discrepancy. Now differences in similar units are certainly not exclusive to urban condos; homes on corner lots, homes with a view, backing to open space, etc can all add or detract for the market value. But urban condos add additional dynamic and not all appraisers are in the "know". Simple concepts like interior facing units versus exterior facing units might seem simple enough, but does the appraiser know that one is exterior and the other is interior. Maybe, maybe not. Appraisers do not go inside the comps they use, rather relying on data from the local MLS and tax records.

It is important that Realtors® make these differences clear when listing a unit with favorable conditions. There are other items that carry some weight in suburban housing but much more importance in an urban setting. Walk scores are used by a variety of websites to determine how well a property fares when the resident is walking rather than driving. In suburbia this is not as pressing as most suburbanites expect to do a fair bit of driving to get things done. But in an urban condo people often choose to either not own a car of share a car between them. Walkable scores and easy access to public transit are critical. Realtors® should not assume that appraisers get these dynamics. Putting that info in the remarks, which most appraisers WILL read can help that appraiser understand why a buyer offered X for a unit that "seems" similar to another that sold for Y. 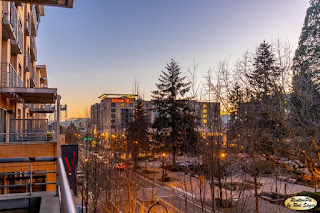 Different buildings may be very close to one another yet have dramatically different prices and quality levels. In suburban developments neighborhoods vary wildly in quality and desirability. In urban areas the "neighborhood" can be as small as a single block. In a secure urban building you can have units selling for seven figures because the building has super high end facilities and the units are up high with great views and a building literally right next door has similar sized units for 1/3 the price. It's all good in the neighborhood 'downtown'.

Locally Vancouver USA is rising up with a lot of mid-rise and high rise development going in downtown and along the new waterfront. It's a very exciting time, but we Realtors® still have to stay sharp and frosty and be sure to help both the buying public and appraisers understand the intrinsic value proposition of their listed units ;)
Posted by Rod Sager at 8:30 AM No comments: