High Atop the Bluff in the Gorge 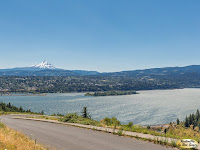 I wrote about the bluffs in White Salmon a few years back and now a colleague of mine has finally gotten the lots he has been working on completed and ready for sale. Our office is listing them now. The views from these lots are outstanding and they do NOT require oversight by the Columbia Gorge Commission.

In total there are seven lots including one that can be further divided into a total of three lots. Each of the lots offers a view of either the Columbia River Gorge and some offer spectacular views of Mount Hood and Hood River Oregon across the river. 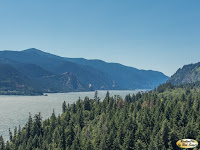 One of the lots has a house on it already with a large deck that takes in one of the best views possible. The others are ready to go. Buy the lot and build the dream.

This area is filled with things to do especially if you like the outdoors. There is also plenty to do "in town" in this area with White Salmon high up on the bluff, Bingen down along the river and just across the bridge is Hood River, Oregon. 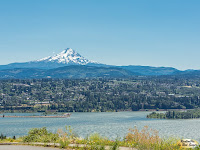 Hood River / White Salmon is in the transition point between the lush green west end of the Gorge and the drier east end of the gorge. As such rainfall is significantly less than what we see here in the west. There will be a great deal more sunshine. The winters will be a touch colder but still not as brutal as the central and eastern Washington cities of Ellensburg, Wenatchee or Spokane.

What fabulous spot to take in the view. I have attached the following google earth clips with approximations of the lot locations. If there is interest in the actual real estate, I have them listed on my land site, Southwest Washington Land.

As always please enjoy the view. 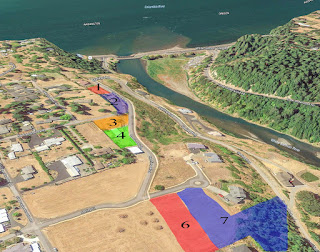 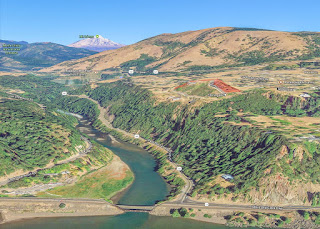