Could Midtown Vancouver be the Next Hot Location? 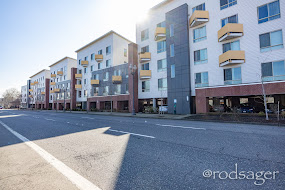 I recently listed a small cottage with a colleage from the office in Midtown Vancouver. Midtown Vancouver? you ask, well yes, this is not an official neighborhood but is actually a part of three neighborhoods, Esther Short, Arnada, and Hough. Like Uptown and Downtown it is a description of a specific part of the neighborhoods. In this case the strip of blocks touching the SR-501 corridor or Mill Plain and 15th street between Uptown and Downtown. Anyway the cottage is a typical house in the area, but the area is quickly moving towards high density development. This could transform this to a real estate hot spot. Arnada and Hough are already pretty hot, but the midtown strip could go to the moon. 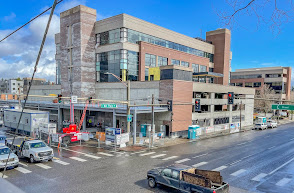 There is currently and has been for about 5 years now significant development in the area. Two sizable urban apartment projects went in a few years back with hundreds of units, 13 West on West 13th and Columbia and the large 15 west project on West 15th Street. Just north of 15 West, Ginn is building a infill urban apartment building. At C Street and Mill Plain the entire block is now Al Angelo's mid rise mixed use building. New Seasons market is going in at 15th and Main and that should create a buzz in the area as a market is the only thing missing in the greater
Downtown area. The block just west of the New Seasons was purchased recently by an investor group intending to erect a mid-rise building that will cover the entire block. Some high end units in two mid-rise towers recently came to market, Our Heroes Place at Mill Plain and D Street. This corridor is seeing some serious action and that new market might just bring some condos or other high density residential to the area.

There is currently hundreds of millions of dollars in construction projects in the downtown area and more than a billion in proposed projects waiting in the wings. But the waterfront and lower Downtown areas are fairly expensive and the Mid-town area has a chance to provide some solid affordable urban high density housing with good access to amenities and the freeway for commuters. I'd keep an eye on this area it could be the next new thing.