Take a Look at Washougal 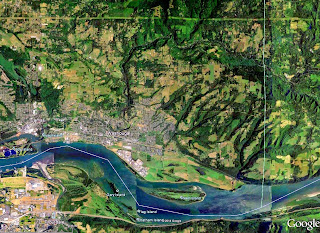 Sometimes I like to focus on a neighborhood in the area and since I just wrote a piece on Washougal on my "View" blog I figured that would be a nice neighborhood to address today. Washougal is immediately adjacent to Camas and shares with that community many shopping areas and services. The two cities are symbiotic and yet rivals at the same time. Camas has become rather affluent over the last 15 years and prices in that city have gotten out of reach for many middle income people. Washougal however remains a relative value.

A common perception about Washougal is that it is far away. It isn't; and I talk about its proximity in the blog post below. Washougal offers some amazing view properties and a great variety of upscale homes that are generally priced 15-25% less than rival Camas. Washougal also offers a nice selection of vintage homes and smaller starter homes and with prices that remain affordable in this increasingly more expensive housing market.

Washougal is a classic small town that is big enough to offer the daily services of a larger city without losing the charm of rural America. Washougal is also very close in to all the "big-city" services of Vancouver and Portland.

The blog post below was re-posted from my blog, "Enjoy the View" take a look at it below and see that Washougal has much to offer. 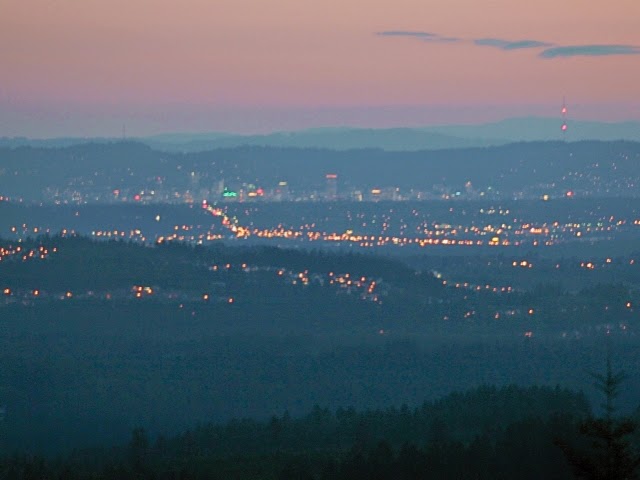 Washougal offers some fantastic view properties and some of them are surprisingly affordable. Washougal is also one of those places that some people "think" is far away. The reality of it is this; it isn't. In fact, according to Mapquest, at 10:15am this morning a trip to PDX from downtown Washougal is 17 minutes. The drive is less than 15 miles! How in the world is that, "Far Away"? The answer is; it isn't.

In all fairness Washougal actually covers an enormous area once you get out of "town". There are places up in the mountains with a Washougal address that are easily 20 minutes to town. Even still, any location in the "country" is likely to require a bit of extra driving, it is the price one pays for the seclusion afforded to country living.

There are two Washougals. The city of Washougal which offers up some fantastic Columbia River view properties that rival the much more expensive Prune Hill in Camas. These homes are less than 20 minutes to the airport. Then there is rural Washougal. Here you will find a virtual cornucopia of small acreage properties across a variety of price ranges. many of these properties feature a fantastic view. The views range from Columbia River Gorge, Mount Hood, to Portland city, and across to the Coastal Mountains. 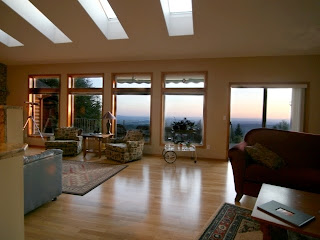 Washougal offers opportunity at many elevations as well. The city properties are typically under 600 feet so the winter conditions are mild. Some of the rural areas approach 2000 feet where Christmas is truly a winter wonderland. It is hard to find an area that offers as much diversity in view property as Washougal.

Washougal and Camas are immediately adjacent to each other. They share a common business corridor along 3rd Street / E Street. Washougal however offers generally lower property taxes and lower housing prices overall. This can spell value for the savvy shopper. 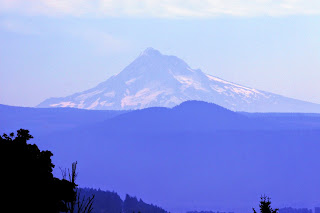 As a note of caution for buyers looking in the area, be sure to pay attention to just how far out a property is. I know I just spent a paragraph explaining that Washougal is not far away, but I also noted that the rural portion of Washougal is very large. If the property is located along Washougal River Road mile marker nine is the approximate point at which you enter Skamania County. It is a fifteen minute ride back into the heart of Washougal from that point. Belle Center Road along SR 14 in the Gorge is about eight minutes out of the center of town (Washougal). Even if you head all the way out to the Mercantile Store at mile marker ten Mapquest says it's 25 miles and 35 minutes to PDX :) 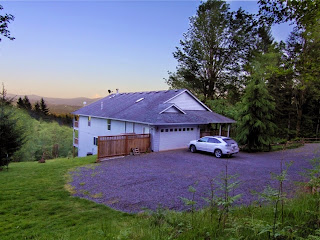 We are so spoiled here in Clark County Washington. Our out of the way destinations are still only half an hour out!

So come out and visit Washougal and when you do, be sure to Enjoy the View.
Posted by Rod Sager at 11:34 AM