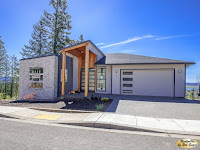 D-R-A-M-A. Yes friends it is a rare case indeed when the forces of the universe align and everything goes according to plan. The rest of the time a real estate deal feels like a full dose of a teenage daughter's first breakup.

The thing to understand is that real estate transactions are regulated by a series of Federal, State and local governments. The level of bureaucratic baloney is hard to fathom. Then one must consider the sheer number of individuals and companies involved in making a typical purchase money mortgage real estate transaction close. The lender, the closing agent, usually two different real estate offices, a property inspector, an appraiser and all of these are regulated at multiple levels of government.

Why am I mentioning this? Because buyers and sellers of real estate need to plan for the worst and take delight when things go better than planned. All too often people try to time everything to the day and it only takes one little glitch by one of the dozens of people involved in the deal to jam up the closing.

Don't give up your current place until you are certain your new deal is closing and always have at least two weeks of overlap. Yes, I know effectively a buyer is paying for two properties for two weeks, but most real estate deals end up with 40-60 days before the first new payment is due. So having two homes for two weeks is not so hard. It sure takes the edge off moving when you are not trying to move in a weekend.

Plan on having delays. Sometimes the stars align and the whole deal goes off without a hitch, but those are few and far between. No matter how good all the participants in the process are, everyone occasionally has the proverbial 'bad day' and that can lead to closing delays.

When buying a brand new home understand that sometimes builder run into delays. They could be due to a government regulatory action or problems with subs or materials. Don't worry, most real estate deals will involve a few hiccups, but proper planning will make every go smooth in the end.
Posted by Rod Sager at 11:00 AM