Looking for Value in this Crazy Market? 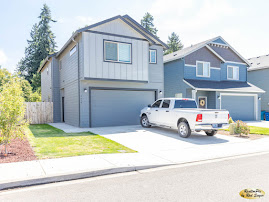 In a large real estate market within a major metro area like ours, good deals are hard to find. When they are found they are found by many other people and the 'good deal' quickly escalates into a bidding war that ultimately tends to lead to a much less better deal. Frankly there are no bargains in this type of market.

But value is not necessarily driven strictly by price. Often I find buyers and sellers hooked on the notion of price per square foot. I even see experienced agents caught in the trap. Read my article on Price Per Foot here. Price per square foot is not a good comparative measure of value at all unless the the properties compared are very similar. A two story house is not similar to a one story house because it is the same size. A fancy house with decadent finishes is not comparable to a similar sized house with cheap finishes. An immaculately well maintained home is not comparable to a run down fixer. Yet people are fixated on price per foot.

When considering price per foot however a value proposition does manifest in the numbers. Ranch homes are expensive for several reasons. First a ranch home has a larger foot print on the lot. Land values locally are very high and represent a very expensive fixed cost. Smaller houses on expensive lots will have a much higher price per square foot than a larger house on the same lot. This is why you will find brand new construction scenarios all over the area where a 1400 foot ranch is $500,000 and a 2000 foot two story is $535,000. The better deal is CLEARLY the larger house. One story homes are also in higher demand because older buyers are often seeking to avoid stairs. In the entry level market smallish one level homes are getting heavy interest from first time home buyers and older retirees downsizing from the family sized house they selling. This creates more buyers for ranch homes, thus inflating their price and price per foot even further.

First time homebuyers that are looking for as much footage as possible inside a tight budget will often find that two story houses are the best way to get more feet for less dollars. There are downsides to small two story homes. If you have a two story house with 1700 square feet it is common to have space upstairs over the garage. In many cases there may be as little as 700 squares on the main level and 1000 squares upstairs. First floor space is more valuable than upper floor space a traditional single family home. That means in general you have a lower price per foot and thus a "value" relative to a one level home. Furthermore, a two story house with equally square footage has a smaller footprint on the lot so you get more yard space on the same sized lot. Again, more "value." Pricing on two story houses in the entry level market are better in general for these reasons and the fact that older people are not interested in these houses.

There is a disadvantage to small two story designs, mostly in the fact that they can sometimes feel a bit cramped on the main level. If you can get past that, the best deals are going to be on small two story homes with less than 2000 sf.